Everyone who likes the Simpsons (and surely many who do not like them) are aware that there are tons of licensed products that have been made available over the years. As fans of vinyl art and blind boxed collectables, we are not to be let disappointed here. There has been some great series of mini figures and keychains available from the likes of KidRobot, WizKids and Lego. 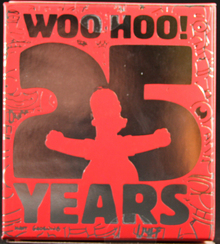 KidRobot had two older series, some open figures may still be found here. But they have come back strong with their more recent 25 years series of 3″ mini figures. The figures and odds for the 3″ mini figures are as follows:

WizKids released a 25 year anniversary tribute of their own in blind bagged form! Series 1 and Series 2 features some special guest star characters!

Series 1 – The first series of 2″ mini-figures includes celebrities like: Yao Ming, Kid Rock, Tom Hanks, and more! All feature incredibly detailed sculpts with celebrity likenesses, and are carefully hand-painted. Each is captured in an action pose on a 2″ round base 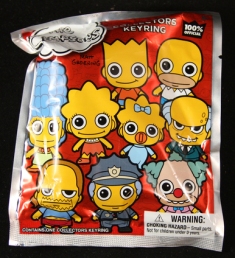 Check out the full inventory of Simpsons blind boxes and blind bags at BlindBoxes.com!

iThere are no comments

Begin typing your search above and press return to search. Press Esc to cancel.